There is an exception to every rule. We think we are it. Or at least I did.

For years I heard the adage, “Never hire family or friends.” Sounds like a good rule. But I didn’t really believe it. Until I broke it.

I was pastor of a church trying to attract new people. We were reaching younger adults and wanted to take it to the next level by starting a new worship service that would serve their specific needs. I recruited several people from the congregation to help. Enthusiasm built and soon the new service was accomplishing its purpose. One of the guys I recruited to help, who I will call Sam, was all in from the beginning. He went the second mile to help and made sure we had what we needed. It was a successful launch. Sam and I became fast friends and I enjoyed spending time with him. We seemed to have a lot in common. I liked working with him on the service.

Soon after, I was chosen to lead a different congregation in a different city. It was a similar situation with church leaders who wanted to expand and try new things. A new service was planned. I thought, “who better to help here than Sam?” Can you see where this is going?

Sam and his wife moved and was hired part-time at the church to help get the service off the ground. That’s when the dynamic changed. Sam went from volunteer and friend to co-worker and supervisee. Sam soon lost his motivation for the service. I found myself having to remind him of deadlines. I had to prod to meet goals we had set. I saw his attitude change. I called in all of my “friendship chips” to get him to perform. None of it worked.

Over the years, I discovered that non-profit leadership requires a little more finesse than for-profit leadership. There is more “leverage” in a for-profit company because you can let an employee go who doesn’t match the company’s needs. How do you let a friend and church member go without doing damage? It can be very complicated as roles clash.

Sam was feeling the need to try other things at other churches. So, we had what author Henry Cloud calls a “necessary ending.” Sam went his way and I went mine, but not on good terms.

Here’s what it cost:

Here’s what I gained:

Yes, it cost me as a leader. But it also sharpened my hiring skills just a little bit. In the future, I will make wiser hiring choices.

I would love to hear your thoughts and experiences!

What have you learned from hiring mistakes or others as a leader?

You are invited to check out my inspirational blog at http://www.ignitinghopetoday.com/ for encouragement to energize your day. 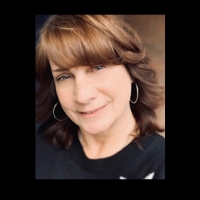 Paint with words, Sculpt from the Heart Sing with Love

You'r Looking At The Right Place, Your Soul!

Leadership
Notes from a Southern Kitchen

My online life, interests and what I've got to say about it all...

Attentiveness That Leads To Action

Her Journey Towards Change

Encouraging Women to Move Forward from Paused to Progress

In life, expect the unexpected!

Plutarch | The mind is not a vessel to be filled but a fire to be kindled.

A dose of positivity, inspiration & motivation!

weird & cool stuff seen while out & about

a travel blog featuring images of Colorado and beyond, with an emphasis on nature

the Story within the Story

News and reviews from the world of gadgets, gear, apps and the web

Encouragement to energize your day

A bucket list blog: exploring happiness, growth, and the world.

Tales from the car rider line and other stories

The Art and Craft of Blogging

The latest news and commentary on the economy, the markets, and business

Live to Write - Write to Live

We live to write and write to live ... professional writers talk about the craft and business of writing

a blog by MM Carrigan

Empowering Leaders 300 Words at a Time